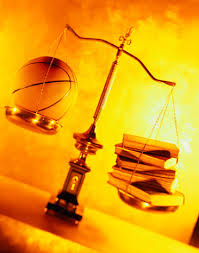 PROMPT: Your school is considering revising the academic requirements for its student athletes.  A proposal has been presented requiring students to maintain a minimum grade of “C” or “Average” in all subjects in order to participate in a sport.  Write an essay that takes a position for or against this proposal.  Be sure to provide support for your position and elaborate on your reasons.

I would support a proposal requiring students to maintain average grades in all subjects in order to participate in a sport for several reasons: student-athletes represent schools, balancing work and extracurricular activities is a valuable life lesson, and banking on the prospect of becoming a professional athlete and not needing an education is a misguided fantasy.

Whether they like or realize it or not, student-athletes, through the simple act of wearing their school’s colors or name on their uniform or jersey, represent their school, and a school is a place where academics must come before sports. Any school having a team whose members have below-average grades is sending a message that sports comes before school, and that, of course, is not a good message for a school to send. A local Connecticut high school, in its student-athlete handbook, says: “In summary, as a student athlete you are expected to behave in ways that will bring honor to your school,” which, among other things, includes “exemplary school citizenship” and “meeting or exceeding standards of academic eligibility” (Danbury High School Student-Athlete Handbook). In sum, if you are playing sports for a school, you have to be a good student in order to continue playing for that school.

Requiring students who play sports to keep up with their grades will also force them to better manage their time, because in addition to the hour or so of homework, and all the other things people do outside of school, throw in an extra two or three hours of time devoted to practicing and playing. So time-management becomes a serious issue. But it’s not just an issue for kids playing sports; it’s an issue for everyone.

So, students who learn to balance their time when they’re young can only be setting themselves up for success in college and in the workplace. As it says in the Danbury High School handbook: “[Students] who wish to participate in the athletic program must set priorities and make wise choices.” Requiring student-athletes to maintain average grades would mold them into wise-choice-making, priority-setting adults.

Also, relying on sports for a living is unrealistic and setting someone up for failure. Say you are a really good middle school football player. Chances are you’ll play in high school. According to scholasticstats.com, of the 1.1 million high school football players in the U.S., about 87,000 will play college ball. That’s less than 8 percent. (Try fencing [32 percent] if you want a better shot.) And, of course, even fewer college players go on to play professionally. Of the major American sports, only in baseball does more than 2 percent of NCAA players play professionally (businessinsider.com).

Yes, there is the argument that, for some students, sports is the only reason to stay in school. In fact, some districts in the nation, like Rockford, Ill., have recently lowered academic requirements for student-athletes, arguing that while standards were in place they did not see higher graduation rates or better test scores. Instead, they saw smaller teams, dwindling morale and students afraid to take hard classes (“Bad Grades? Some Schools OK With It”). And that may work for a district like Rockford, which, like the urban areas in Connecticut, struggles with high crime and unemployment (23 percent of the population in Rockford is below the poverty level). So, yes, maybe in schools in cities such as Bridgeport, New Haven and Hartford (all of which have recently been ranked in the Top 10 Most Dangerous Places in the Nation), this would be an idea worth considering. But, the question posed here is: “your school” is considering this idea and do you support it. And, obviously, that’s not an issue in Easton.

So, in sum, I’d support raising academic standards for students who play sports here, in this school. What would be the harm?