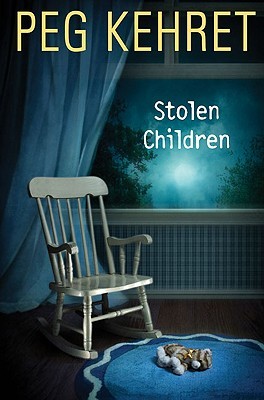 Recently, I have finished reading the book Stolen children, which consist of 165 pages. This book would be considered a mystery book by Peg Kehret, who has written books for young children which have won numerous children’s choice awards. While Peg Kehret isn’t  writing she likes to read and volunteers to help animal rescue groups. One reason I chose too re-read this book was because I love the suspense and the cliffhangers the author of this book gives too the readers, which made me want to read the book even more. Another reason I decided too re-read this book is because I really enjoy reading mystery and kidnapping books, something about the books are very exciting and makes me want too keep reading.

Amy attends a babysitting course and excels acing the course. One day Amy gets a phone call for an amazing opportunity to babysit and she accepts with excitement. While she’s babysitting Kendra two thugs show up with misleading information but still takes Kendra and Amy too a remote cabin in the middle of the woods. During their times in the woods the kidnappers Hugh and Smokey make videos of Amy and Kendra sending them to their parents asking for ransom money. Meanwhile Amy sends signs throughout the videos for her best friend too figure out where they are and how to save them. Day by day more videos go by and Amy and Kendra try to escape from Hugh and Smokey several times but all of their attempts fail to succeed. Amy is desperate to escape because she has no clue if either parents will pay the ransom they are asking for so it leads her to make one last desperate move to escape.

If I were the author I would have given more details on what was going on at Amy’s and Kendra’s house and how their parents were reacting to all of this. Although I loved the way Peg Kehret wrote the book but overall there just wasn’t enough information about what was going on at the girls homes and how everyone was reacting too all of this. The other thing I wish the author would of wrote more about how the police were going on about this whole thing because in the book we are notified that the police are involved,  even though Hugh and Smokey told them not to get the police involved. The police hold a big part in this kidnapping story but the author doesn’t explain anything about what role they have.

The main character of this book is Emily and she has many ups and downs throughout the book chapters. In the beginning she’s just someone teen fighting with her parents until after one fight her dad gets in an accident and dies, this slowly destroys her inside because the last words she spoke to him was I HATE YOU. Until she has to change her whole life too take care of Kendra. This shows that she is a responsible fourteen year old that can adapt to any situation no matter what it is or the consequences of it. Amy is a strong teen willing to do anything to save Kendra.

The genre of this book is mystery it’s one of my favorite genres. Mystery is the only genre I have ever found a true interest in, its suspenseful and gives the reader something too look forward too. Once I start reading a mystery book it is almost impossible for me too put down the book and I have never felt anything like this before. Understanding the backstory of a mystery is almost impossible but it’s always fun too try to figure them out. They always make the reading way more fun for me, without mystery I don’t think I would be reading besides two or three other genres.

Finally, I was interested in this passage when Smokey was sending a video too Kendra’s parents. Smokey continued: “If you obey our instructions and we are not followed, Kendra will be released at a safe place within an hour. We aren’t saying where because we don’t want that place watched, but she will be unhurt and the people who find her will notify you right away”

Amy noticed that Smokey said nothing about her. The instructions were for Kendra’s parents and he said they’d be releasing Kendra. She knew Smokey didn’t talk about where she would be released, because letting we go was not part of the plan.

What I love about this passage is how the author showed that Amy is on high alert and this shows that the author is connecting too Amy. I feel like the author is putting herself in Amy’s shoes about being worried about what they are going to do too her, it makes her a stronger writer by connecting to the character. This book was amazing but I would have to rate the book a 7 out of 10 because it was outstanding overall but it wasn’t the best piece of literature I’ve ever read.