*WARNING* You have been warned

“Popular Clone” is a 320 page book by M.E Castle about a 12 year old boy named Fisher Bas. M.E Castle is an American author who has written such wonderful and beautifully written classics like “Fakespeare: Something Stinks in Hamlet” and “Uh-Oh! Diaper Baby” and yes, those titles hurt to write just as much as it hurt to read them. On top of that, this man must really hate his first and middle name, as after nearly 45 minutes of intensive research, I still am unable to locate the rest of his name. I did find that he writes his Facebook posts in third-person and refers to his books as “Modern literary masterpieces for the senses”, but no name. He lives in either New York or Washington DC – I found different information on different sites –  and he never says on his Facebook page. Much like his Facebook page, “Popular Clone” is written in third person.

Before I start, let me just say this. I did NOT think highly of this book when I started. I looked at the cover and knew that this would be no great American novel. On the other hand, nowhere in my mind could I ever, EVER, think that it could be this bad. So bad that at one point during ELT, I had to close the book, put my head down, and lay there for a solid three minutes. In fact, everytime I found something in the book that made me want to curl up into a ball and cry until I couldn’t remember what the problem was, I put a piece of a sticky note. Half way through the book, I ran out of sticky notes and had to use scraps of paper from my notebook. So that basically sums up what my experience with this book. You may be thinking ‘Well come on Anna, it can’t be that bad, you’re over exaggerating. And even if it’s kinda bad, it’s made for fourth graders so whatever, right?” And if you’re thinking this, then you are so, so wrong. Yes, it’s made for a younger audience, but I assure you, that is no excuse for this absolute on fire train wreck.

Fisher Bas is a 12 year old boy who simply can’t fit in with his peers. He’s the son of two famous scientists and is smarter than everyone around him. He is bullied for this and finds comfort hanging out with his science teacher, Mr. Granger, who “almosts misses as many school days as Fisher”. He thinks of school as a jail, something that can’t be escaped but must be escaped, and this may be the only relatable thing about him aside from him not knowing what to do when his crush waves at him so he jumps into a bush. Fisher gets so tired of school he makes a clone of himself, nicknamed Two. As you may have guessed, this goes wrong and Two begins acting in ways Fisher never would. Who would have ever guessed? Dr. X, the mysterious scientist in town and Fisher’s mother’s greatest rival, takes the clone.

We are first introduced to Dr. X when Fisher is walking home from school and walks by his laboratory, which is for some reason placed in the middle of a neighborhood in the suburbs, instead of in the city where his parents work or, heck, not right next to the middle school?! It must really bring down the property values of the houses next door… Anyway, Fisher gives us some very well hidden in exposition about how Dr. X is this spooky guy who no one has ever seen or heard his voice, even though a few lines before, he says, “Years earlier, he had successfully teleported a small car from one end of the city to the other. He claimed at a conference that the technology was still a long way from being practical and widely useful, but no one had forgotten the moment that a green convertible had popped into being right in front of their eyes.” If your going to make rules for your made up story, book, you at least need to stick with them.

Before I give my rating on this book, I think we should take a moment to look at the back cover. There are three comments written that make me almost want to feel bad for M.E Castle. One comment is, “This book is awesome. The balance of adventure and farting is perfect.” −Tommy Smith, 6th Grader’. The second comment reads, “I don’t like this book.” Good start. “I can’t hit people over the head with it−it’s too thin.” −Mugg Squelch, 5th Grade bully.’ Which doesn’t make me want to read this book. It makes me want to tie it to something heavy and throw it into the ocean where it can’t hurt anyone ever again. These comments are nothing compared to the final comment, which is more sad than the dramatic part of the book while also making me laugh more than any part of this book. It says, “This is, hands down, the best book ever written.” −M.E Castle’s mom’. I think I’ve found out why he doesn’t want us to know his first name. This. It’s because of this. He doesn’t want anyone to know who he is. He’s ashamed. He doesn’t have where he lives because he knows that if he did, I would come find him and ask what went wrong that made him think that anything in this book was a good idea. Now, if you’re still with me, I think it’s time to rate this book. Through all it’s horribleness, all of its disgraceful excuse for comedy and depressing excuses for a plot, I give it a 2/10. Yes, it was horrible. No, I don’t recommend it. No, it’s not “Modern literary masterpieces for the senses”, but it tries. You can really tell that M.E Castle, whoever he is, legitimately tried to do something that was different and out there, even if it is an exact copy of that one Gravity Falls episode.

If your still with me,

Thank you for reading. 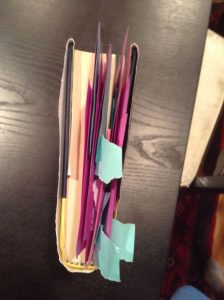 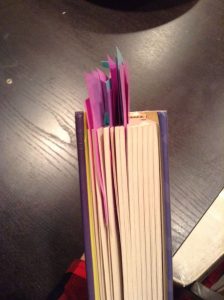 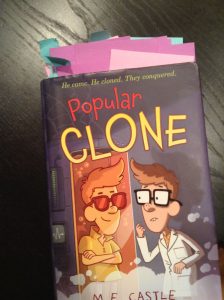