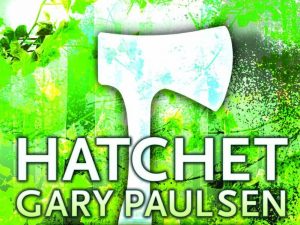 Recently, I have finished reading Hatchet, a 186-page realistic fiction book by Gary Paulsen, a widely acclaimed author of over a fourteen books.  Hatchet was published on September 30, 1987.  This book is very popular for people of all ages and was based on the experiences of Gary Paulsen (though not the plane crash, but things he tried out in the wilderness). A review on Kirkus stated, “Plausible, taut, this survival story is a spellbinding account.”  I read this book because I needed to read a Nobel Prize winning book, and I had heard this one was great. It was such an interesting book to read and now I know why it is so popular.

In the book, Hatchet, Brian Robeson (the main character) wanted his family to stay together.  But, Brian’s mother is caught cheating on Brian’s father, and a divorce is filed.  This leads to Brian being flown out to Canada to visit his father a year later in Canada.  As Brian is flying in the tiny plane with the pilot, he wants to just be in peace and try not to think about the divorce.  But, the pilot has a heart attack and Brian is forced to fly the plane. Eventually, Brian crashes in a lake and is left in the wilderness to survive.  Will he make it out, or will he be lost forever? 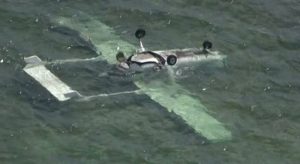 While reading this book, I liked the way the author used Brian’s inner-thinking and narrative voice to let the reader know what was going through his mind during the story.  “Maybe even today. They might come today. This was the second day after the crash. No. Brian frowned. Was it the first day or the second day? They had gone down in the afternoon and had spent the whole night out cold. So this was the first real day. But they could still come today. They would have started the search immediately when Brian’s plane did not arrive.  Yeah, they would probably come today. Probably come in here with amphibious planes, small bush planes with floats that could land right here on the lake and pick him up and take him home. Which home? The father’s home or the mother’s home. He stopped the thinking. It didn’t matter. Either on to his dad or back to his mother. Either way he would probably be home by late night or early morning, home where he could sit down and eat a large, cheesy, juicy burger with tomatoes and double fries with ketchup and a thick chocolate shake (p.54) .”  As I read this part, the way Brian thought made me feel a sign of hope. Gary Paulsen is able to make the inner thinking impact the way reader’s react to parts in the book, which makes his writing very intriguing to read.

The resolution of Brian’s main problem (being stuck in the wilderness) was not as satisfying as it could have been.  “He had only a moment of warning. There was a tiny drone but as before it didn’t register, then suddenly, roaring over his head low and in back of the ridge a bush plane with floats fairly exploded into his life.  It passed directly over him, very low, tipped a wing sharply over the tail of the crashed plane in the lake, cut power, glided down the long part of the L of the lake, then turned and gilded back, touching the water gently once, twice, and settling with a spray to taxi and stop with its floats gently bumping the beach in front of Brian’s shelter.  He had not moved. It had all happened so fast that he hadn’t moved. He sat with a pot of orange drink still in his hand, staring at the plane, not quite understanding it yet; not quite knowing yet that it was over. The pilot cut the engine, opened the door, and got out, balanced, and stepped forward on the float to hop onto the sand without getting his feet wet. He was wearing sunglasses and he took them off to stare at Brian.  ‘I heard your emergency transmitter—then I saw the plane when I came over…’ He trailed off, cocked his head, studying Brian. ‘Damn. You’re him, aren’t you? You’re that kid. They quit looking, a month, no, almost two months ago. You’re him, aren’t you? You’re that kid…’ Brian was standing now, but still silent, still holding the drink. His tongue seemed to be stuck to the roof of his mouth and his throat didn’t work right. He looked at the pilot, and the plane, and down at himself—dirty and ragged, burned and lean and tough—and he coughed to clear his throat.  ‘My name is Brian Robeson,’ he said. Then he saw that his stew was done, the peach whip almost done, and he waved to it with his hand. ‘Would you like something to eat?’ (p.177).” Instead of making it a little more complex, this part was too simple for my liking. If I were Gary Paulsen, I would have made it so that the pilot and Brian had a longer conversation with each other (maybe during the plane ride). He could have also made it more suspenseful when the plane landed.  This may have made the story have potential follow-ups.

I’d compare this author to S.A. Bodeen.  Both of these authors write really well, while still keeping their style simplistic.  They also use inner-thinking to portray what type of the person the main character is like.  In Hatchet, Gary Paulsen made Brian a strong-willed character that was intelligent and could solve problems.   In The Raft, S.A. Bodeen made Robie a hot-headed person who had mixed feelings about herself and freaked out under stress.

Finally, I was interested in the passage when Brian is thinking about how nature has changed him.  “ It had happened before this way, something had come into him from outside to warn him and he had stopped. Once it had been the bear again. He had been taking the last of the raspberries and something came inside and stopped him, and when he looked where his ears said to look there was a female bear with cubs.  Had he taken two more steps he would have come between the mother and her cubs and that was a bad place to be. As it was the mother had stood and faced him and made a sound, a low sound in her throat to threaten and warn him. He paid attention to the feeling now and he stood and waited, patiently, knowing he was right and that something would come.  Turn, smell, listen, feel and then a sound, a small sound, and he looked up and away from the lake and saw the wolf. It was halfway up the hill from the lake, standing with its head and shoulders sticking out into a small opening, looking down on him with wide yellow eyes (p.114).”

What I think was interesting about this passage is how it shows how Brian changed throughout the story.  Brian’s struggles really help me realize that anyone can adapt to change if they need to. In the beginning of the book, Brian was afraid and had no idea what do.  But, he became braver and that lead to him being more knowledgeable about nature.  This book is a great piece of literature.  I rate it 8 out of 10 because it was a great book.