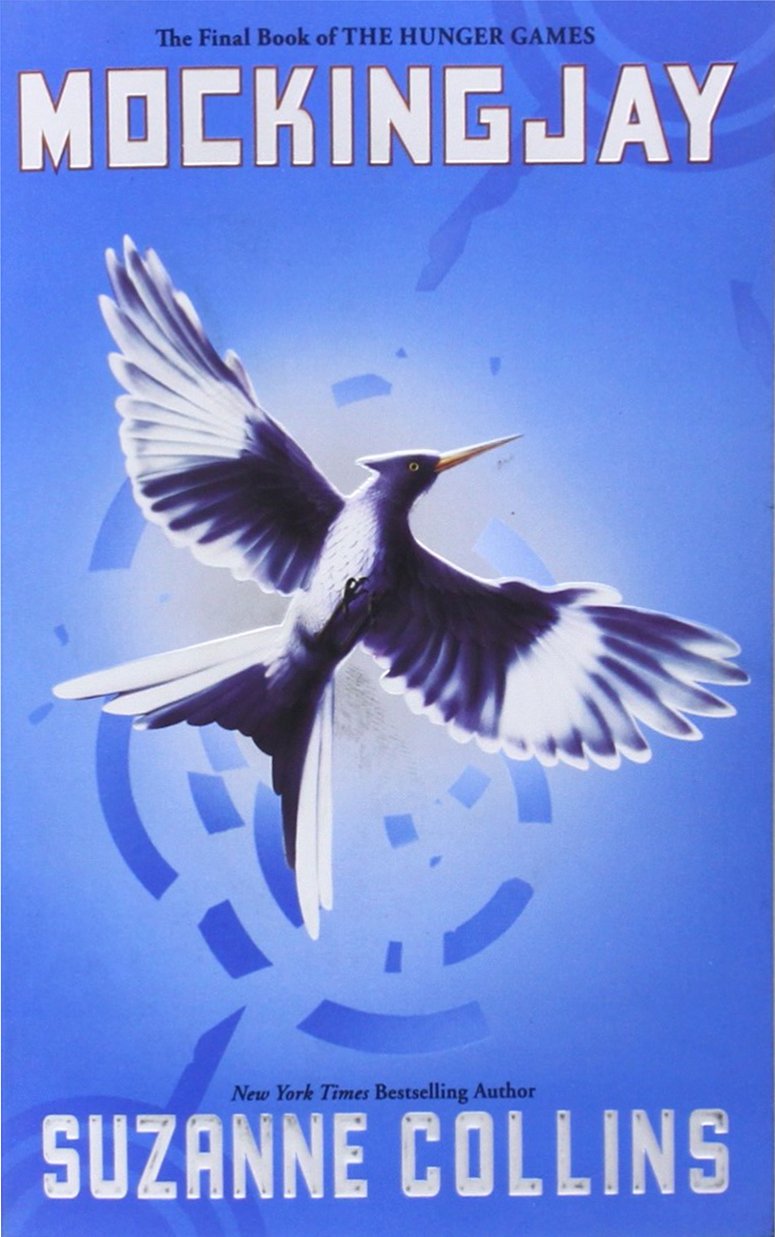 I recently finished reading The Hunger Games: Mockingjay, a 312 page Dystopian book written by American author Suzanne Collins who also wrote the Underland Chronicles series. She was also born in Hartford Connecticut, but she grew up living in many places such as New York or even Brussels. I chose this story because I had recently read the two prior stories in the series. so I decided to read the final book.

The Hunger Games: Mockingjay is a book about Katniss Everdeen, & Panem.  It begins with Katniss Everdeen, standing in the ruins of her former home, District 12. Katniss, has just escaped from the Hunger Games. She has escaped with the help of her mentor, Haymitch Abernathy, a number of other Hunger Games competitors, and Plutarch Heavensbee, a double agent who has pretended to work for the government. In reality he is working for a secret rebel alliance dedicated to defeating the government.  Unfortunately, Peeta was not able to be saved, and as a result, Peeta is in government captivity, suspected of being a rebel. As revenge for Katniss’s escape, President Snow, the leader of the government of Panem, has bombed District 12. Thankfully, Katniss’s friend Gale, was able to lead many of the people of District 12 away from their home before the bombs were sent. Gale led the people to District 13, a secret area that the government had falsely claimed to be uninhabited. Katniss, Gale, and many of the former residents of District 12 have moved into District 13, a place located almost entirely below the ground.

One thing that I liked that the author did is that she continued making an interesting story while still keeping many past characters and introducing new ones. It was very simple to follow along with, and was still very suspenseful and intriguing. I especially like that the author very smoothly transitions from one book to another and from one chapter to the next. Everything went along together and left you hanging off the edge of your chair, but you still could understand everything that was going on.

Something I wonder is how would the story has played out if Katniss killed President Snow rather then Coin. In the book, Katniss is meant to kill Snow, but instead shoots Coin. This may be because she referenced having a Hunger Games with the children of Panem, or because she sent in bombs which killed Prim, Katniss Sister. She was banished, but eventually marries Peeta. I believe that if she was not killed, the next annual hunger games would have occured. This would once again separate the districts, and people would favor certain contestants. I also believe after this that things would still be very divided for the people, and that President Coin would not be a good leader.

One of my favorite passages was during a conversation between Caesar & Peeta. “It costs your life,” says Caesar. “Oh, no. It costs a lot more than your life. To murder innocent people?” says Peeta. “It costs everything you are.” – Caesar Flickerman and Peeta Mellark (p. 23).

What I really liked about this passage/quote, is how it well it described the story while also being so brief. Even after overcoming all of the challenges the Hunger Games throws at you, you are truly never the same as beforehand. You are left with the guilt of killing innocent people, all for the enjoyment of the corrupt government. Overall, I am glad I reread this book and I rate it a 8/10. After reading the entire series again, I may read it once again in the future.

Hear is the movie trailer https://www.youtube.com/watch?v=3PkkHsuMrho