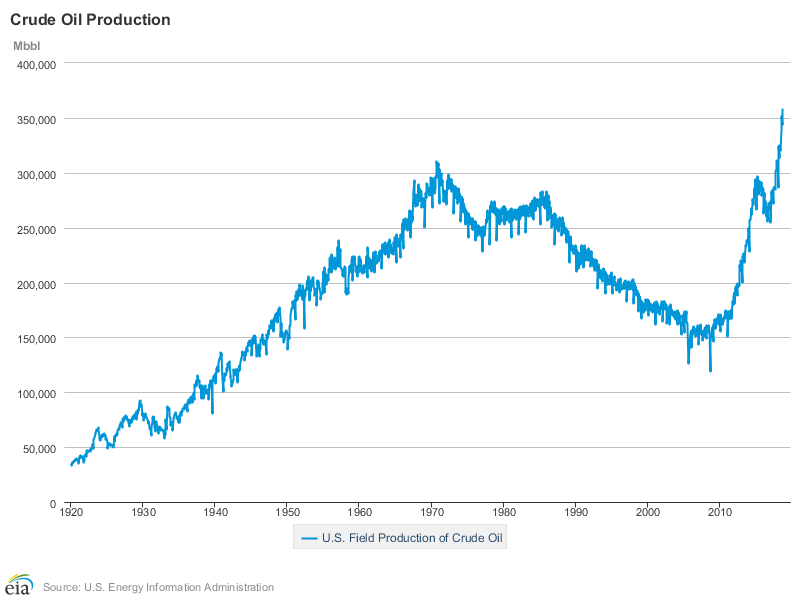 Oil. It’s everywhere, it fuels our cars, our homes, our public transportation, our buildings. Although oil is efficient, our oil dependency is a ticking time bomb. The United States uses nearly 400 million gallons of oil every day to maintain the nation’s quality of life – this according to brandongaille.com, a site about economics and business. Our dependency and exorbitant use of oil outweighs our judgment of the crisis we will enter if change does not occur.  Americans send over $1 billion abroad every day for oil (brandongaille.com). Using our resources to fuel our nation is not an uncommon thing, nor is it a bad thing. Fueling our nation on foreign oil from dangerous countries is another.

The United States imported  10 million barrels per day in 2016 from 70 different countries (brandongaille.com). According to the American Progress Organization, “In 2008, the United States imported oil from 10 countries currently on the Travel Warning List, these countries are deemed dangerous or unstable.” They include Algeria, Chad, Colombia, Iraq, Nigeria, Pakistan, and Syria. Not only do we continue to import oil from dangerous countries, our blatant disregard for the economic and environmental effects of oil dependency leaves us little room to improve our plight. Oil is a non-renewable resource; we continue to devour it. How much longer can we sustain life on oil? Oil reserves will not always be able to meet the extravagant needs of the world. From an economic standpoint, when the planet runs out of oil it will be catastrophic.

Countries like Saudi Arabia have created smart, resourceful, and economically stable plans that will transition energy use to greener energy sources over time. According to npr.org (National Public Radio), in a piece by Linda Wertheimer, “Saudi Arabia is on the brink of change. The kingdom recently presented its ambitious plan for the future called Saudi Vision 2030, which would, most notably, reduce the country’s dependence on their most lucrative export, oil.” The results of this plan seem promising and could lead the way for other countries.

In 2020, the United States consumed an average of about 18.12 million barrels of petroleum per day, a total of about 6.63 billion barrels per year (eia.gov – Energy Information Administration). America has been leisurely and unimaginative when it comes to energy efficiency and renewable energy. Companies and organizations such as Ceres, Global Green USA, and Interstate Renewable Energy Council possess well detailed plans, so why has little change occurred? Economically, and for the betterment of humankind, oil dependence must stop. For our ecosystems and atmosphere, it is obligatory that we create change.