The American Academy of Sleep Medicine recommends that teenagers aged 13 to 18 years should regularly sleep 8 to 10 hours per day for good health. Research has found that a whopping 73% of high school students regularly do not get a healthy amount of sleep. School can be very stressful, and waking up early in the morning for school can put a lot more stress on a student than there already is.

Teens not getting enough sleep is associated with several health risks including being overweight, drinking alcohol, smoking tobacco, using drugs, suffering from symptoms of depression, as well as poor academic performance.

During puberty, adolescents become sleepy later at night and need to sleep later in the morning as a result of shifts in biological rhythms. These biological changes are often combined with poor sleep habits (including irregular bedtimes and the presence of electronics in the bedroom). During the school week, school start times are the main reason students wake up so early. The combination of late bedtimes and early school start times results in most adolescents not getting enough sleep. 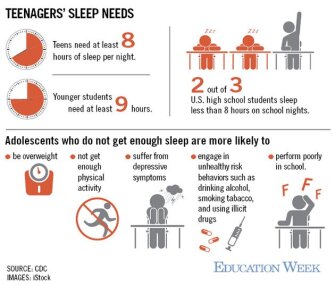 Marty Isaac, who sits on the Board of Finance in Trumbull, said it was too late for his children, but not for others.

“My presence here today is to not advocate for my children – it’s too late for them. So why am I here? I’m here today because the data is so abundantly clear regarding start times – that we are harming children by starting school so early,” Isaac said. Isaac credited Rep. David Rutigliano, R-Trumbull, for proposing a bill to establish a working group to look at best practices. “After listening to the science, it is quite clear, our students would benefit with later start times,” Rutigliano said.

Jillian Gilchrest, member of the Connecticut House of Representatives sponsored an informational forum on school start times at the State Capitol. Several scientists cited studies that show adolescents have different sleep rhythms than younger children and do better academically and emotionally when they are able to sleep later. 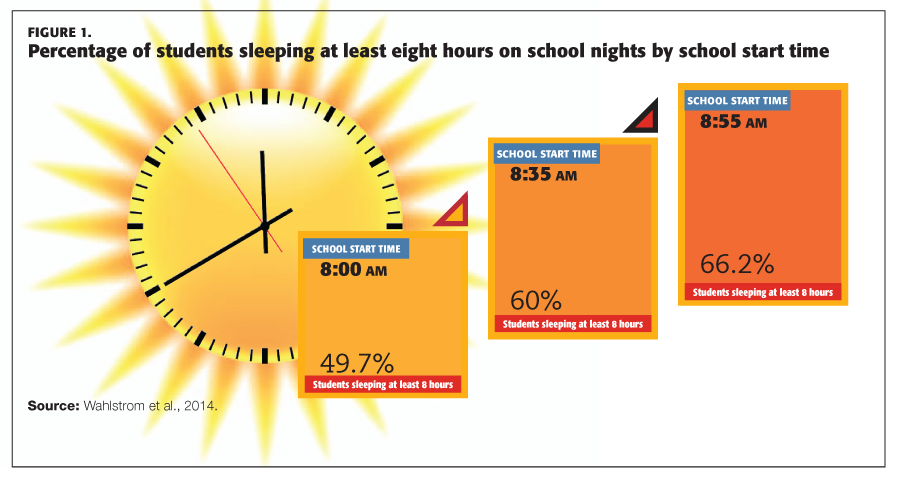 Sarah Raskin, a professor of psychology and neuroscience at Trinity College, told participants at the forum that most teens are wired to stay awake until 10 or 11 p.m. “Early to bed, early to rise may not be biologically possible for them,” she said.

Miguel Carodona, US Secretary of Education, is in control of schools and their start times. He can easily change millions and millions of teenagers’ lives just by pushing school times past 8:30 am. The students need to sleep, and school times are harming teens both physically and mentally.