Biological boys should not be allowed to play on women’s sports teams, for many reasons. Males are physiologically different and that’s science! Men and boys have more testosterone which generates more power, strength, and speed.  This creates an unfair advantage for boys. For example, a male can run faster, they are stronger, they can run for a longer period of time, and they are taller.  Unfortunately, in our state of Connecticut, boys are allowed to participate in girl’s sports, and they are stealing opportunities from girls. They are ruining girl’s sports right before our eyes. Rand Paul, a senator from Kentucky, stated at a confirmation hearing that, “20 percent of boys running in track can beat all the girls in a state. Allowing trans girls to compete on girls teams would wipe out girl’s sports.” We need more senators like Rand Paul to fight for fairness.

It’s time for parents to fight for fairness for their daughters. Utah’s state representative Kera Birkland said “275 high school boys ran faster times than world champion sprinter Allyson Felix.” And that proves that it is unfair to let boys participate in girl sports.

There is also a problem when it comes to girls losing their chance of having a scholarship or losing a championship or even getting injured. Senator Lee said at an American Principles Project forum last month that there are instances in mixed martial arts, football, running and even roller derby where women have been injured or lost championships and scholarships because they were at a competitive disadvantage against biological males. 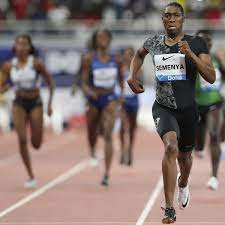 Some states have put it into consideration of changing the law, for instance, “Idaho passed a first-of-its-kind law this year that bans transgender women from playing high school and college sports in the state. With the problem of girls losing scholarships and championships and possibly getting injured, the sports aren’t going to be as fun to participate in. Senator Lee stated, “When transgender athletes compete against women, women’s sports are no longer women’s sports; they become unisex athletic events,” Lee said in a statement. “This bill would protect the opportunity of girls throughout America to athletically compete against other girls.” The women playing these sports just want to enjoy themselves and have fun.

As you can see letting males play in females sports isn’t right nor fair, and it shouldn’t be allowed. The time is now to go to your state senators and urge them to protect female athletes from losing their dreams or have their success on the field taken away from them by male athletes.