Shockingly, only 0.7% of students who learned a language in school can still speak it at a good level after it ends, according to a General Social Survey done by Berkley. This is a number that desperately needs to rise. The best way to do this is to learn Esperanto.

Esperanto is an extremely simple language to learn. In fact, it is significantly easier to learn than any other language, by over 10-13 times. There’s limited memorization since there are no irregular verbs, and Esperanto is based off of other languages (including English) so anyone can decipher certain words! There are also root words, like how mal means opposite. Bona is good, malbona means bad, varma being warm, and malvarma is cold. This helps students develop common sense and pattern skills, which improves other subjects. 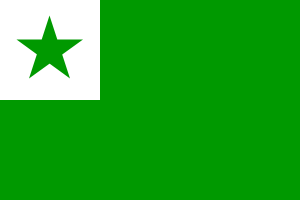 Tim Morley, a multilingual language teacher, describes Esperanto as a “starter language.” He explicitly explains this by showing how schools purposely teach children to play the recorder at a young age to prepare them for any future instrument. Espernato, amazingly, is the “recorder” of languages, proven to prepare students for complex languages. Norman Williams, headmaster of Egerton Park School, discovered that students who learned Esperanto for 1 year and another language for 3 years incredibly achieved similar results as students taking the same language for 4 years, demonstrating Esperanto usefully prepares you for harder languages in the future.

Conveniently, it takes only 150 hours to learn Espernato, while the astronomically high average to learn a language is around 1,500 hours, according to Duolingo. No wonder the Esperanto course is more likely to be completed on Duolingo 24.5 times more than the median course!

“Esperanto can clearly be acquired to a near-native level of fluency by children who are exposed to competent speakers as they are growing up, even when in a different language environment.” The Interdisciplinary Description of Complex Systems, or INDECS says. This shows that elementary students have this wonderful opportunity to learn two languages like native speakers, something that isn’t normally possible.

While there are few teachers to teach Esperanto, it can be easily learned during summer so teachers can be prepared for school. Also, the INDECS informs “As an extension of this in a primary or elementary school situation, children can learn to communicate with the teacher and each other, and subsequently with classes from many areas of the world, even if the teacher is not very experienced in the use of the language.” meaning that the children can learn well, no matter the experience of the teacher or the environment.

Essentially, we should give elementary school students the opportunity to advance and improve skills by teaching them Esperanto.