Ever since their creation, video games have been said to cause violence. This idea is a widespread one, even though there is barely any evidence to attest to this. The media and people in general are so quick to relate video games with real-world aggression, such as shootings and killings. Despite this, studies have found and shown that there is not a lot of strong evidence supporting this claim, and very few links to video games causing violence.

Over 60% of people in the United States play video games, and many sources have said that violence in the U.S. is tied to video games. If video games are played worldwide, and they really are causing violence, then why would other countries not show as much violence as the U.S? 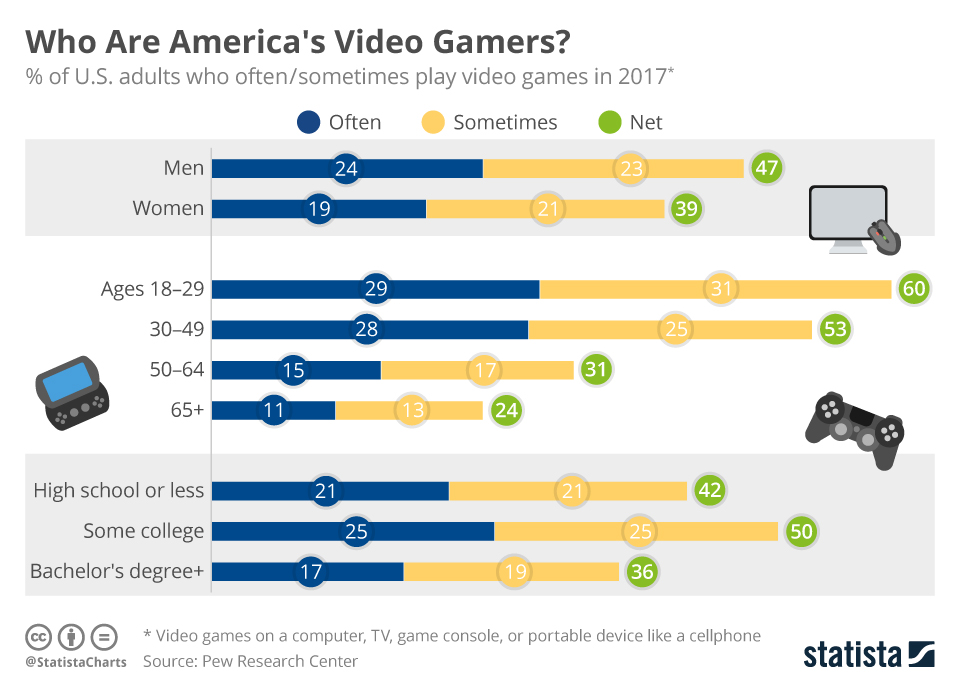 This is because video games do not cause violence, and they should stop being wrongfully blamed for doing so.

While there are thousands of games with gory, dark, and bloody themes, a credible article on the Dana foundation states that, “Fortunately, there is no hard evidence yet that such games lead to mass murders or grisly killings. Indeed, most correlation studies show at most a small effect.”

Furthermore, many knowledgeable and experienced researchers have disagreed with the absurd claim. Take for example a quote from a researcher on PBS News Hour, who’s been studying this psychological topic for 15 years. “My own research has examined the degree to which violent video games can’t predict youth aggression and violence. In a 2015 meta-analysis, I examined 101 studies on the subject and found that violent video games had little impact on kids’ aggression, mood, helping behavior or grades.”

While video games don’t seem to cause violence in children and adults, what about teenagers, who are known to be more aggressive? Video games are a major part of teens’ lives, and over 90% of teens play video games, violent ones being the most popular, which worries parents and adults. But it shouldn’t.

From the professional opinions and the blatant facts, it is definitely clear that video games do not cause violence, and that this claim should be let go already. If people do have genuine concern for this topic, they should stop accusing video games.

1 thought on “Video games should stop being blamed for violence. ”