Before a pandemic,  it was hard enough to get a job, even with experience and good education. Now after the ‘ COVID -19 Virus’, There’s been more struggle for people of all ages to find a steady job. 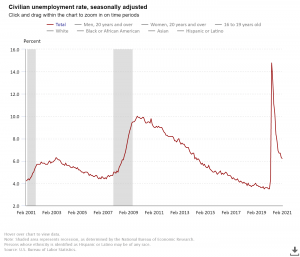 According to the US Bureau of Labor Statistics, 16 million people between the ages of 16 and 24 do not attend college. Colleges in Connecticut alone can cost up to $8,000, and out-of-state tuition can cost up to $23,000, which is known to be higher than the national average. It can even go above that price range.

The University of Connecticut is one such example ( UCONN). UCONN is a public university in Connecticut that is well-known for its academic excellence. Although the academics are substantial, tuition is very high at $17,000 in-state and $39,000 out-of-state, keeping in mind that UCONN is a public university. Private schools, such as Yale and Harvard, can have even more exorbitant prices, with tuition ranging from $45,000 to $50,000 or more.

One could argue that the cost of tuition is insignificant because you are receiving a higher-quality education, but it is. “70% of American college graduates are in debt,”  and even with financial assistance and scholarships, it takes nearly 20 years to pay the average of $32,000 for college tuition.

The higher education, the more costly it is.  The National Center for Education Statistics shows that it can be almost 30,000 dollars just to get a bachelor’s degree, which is the standard degree for most jobs . 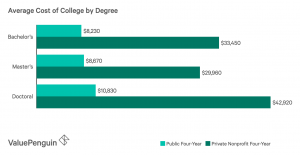 Another major concern is the government’s ability to obtain the missing funds. The president could establish a specific qualification for receiving free education ( etc. family income). If the student’s income is less than the minimum, he or she will receive free education at any college. Even if the student exceeds the qualification, they should pay a lower price for intuition.

If the president were to remove or at least lower the outrageous college prices, it would have an impact on the number of people who desperately want to get a higher education.  The economy would benefit significantly if more people went to college.