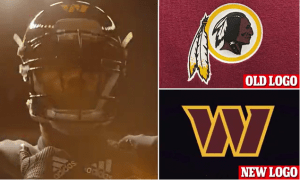 It was a normal Monday afternoon and I was at school going about my day. I was feeling really excited because me and some kids from school had signed up for the 3v3 basketball tournament at school. As I was walking into health class after lunch, my health teacher pulled me over. She said that our team had to change our name because it was “offensive.” Our name was determined by picking one of our favorite animals, this ended up being the Monkey’s. I did not understand why we had to change our name, especially considering that our team was racially diverse. I went to go talk to my teammate about the issue and we were very upset and disappointed that we had to change our name and this was just a 3v3 basketball tournament. Imagine what Redskin fans went through when their team had to change their name?

Nine in ten Native Americans said that they were not offended by the name redskins, states The Washington Post. If this is so, why does the Redskins have to change their name? After all, the whole reason why they were forced to change their name was because it was “offensive.” Also, eight in ten Native Americans said that they would not be offended if a non-native were to call them “Redskin.” And, seven in ten said they did not feel the word “Redskin” was disrespectful to Indians. According to The Washington Post. The Washington Post is among the top daily news sources in America along with the New York Times and more.

We need to officially hold a proper vote among Americans and head coaches of the NFL to fairly decide whether or not the Commanders have to change their name from the Redskins. With this, you can incorporate the important voice of the people, and you can hear the voice of the NFL. In order for this to happen, we must call upon Roger Goodell, the NFL Commissioner, to set up an official vote regarding the Redskins issue. This will be a much more even way to decide if the historic franchise can rightfully return to their roots and originality.