In third-world, low income countries, women are dying due to complications from, pregnancy, childbirth and, postpartum at a concerning rate. The WHO (World Health Organization) estimated that third-world countries account for 86 to 94% of all global annual maternal deaths, the highest being South Sudan with a staggering 1,150 maternal deaths per year. This large number is considerably higher there, where they don’t have easy access to the life saving medical equipment and care, as opposed to somewhere like the United States, where we have plentiful amounts of the newest tech and most advanced medical treatment of many of the other countries.
The awful economy and extreme poverty of these countries is what led to this health crisis. Africa and parts of Asia, which make up the third-world population, are the poorest and underdeveloped countries on the planet. People have estimated that in a place like South Sudan, 82% of the people live below the poverty line, and they have a serious lack of health care workers. To be specific, according to multiple sources, including the US and World census, there are 19.2 million less health care workers in Africa than in the United States. These women don’t, and most of them can’t, access the life saving care that they may need in order for them and their babies to live a full life. 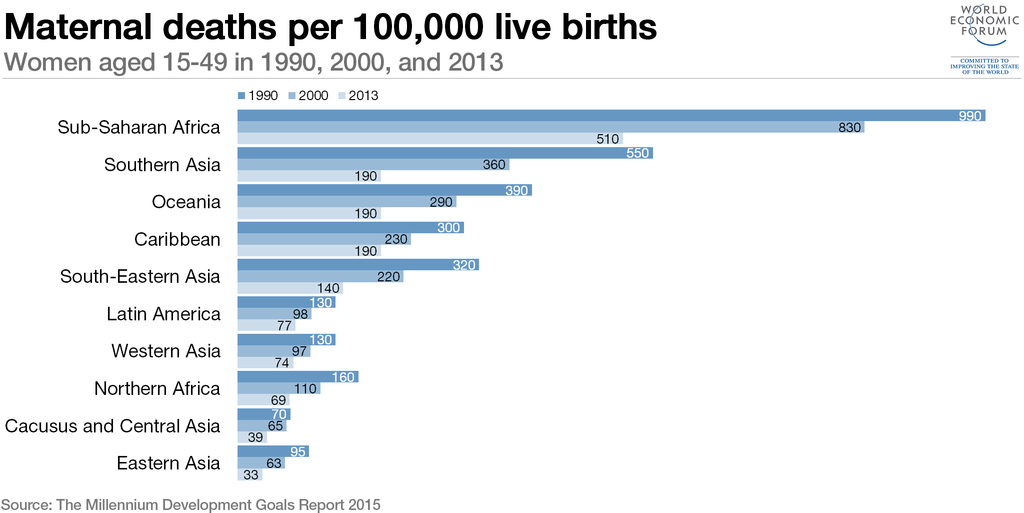 There is, however, a way to stop this. The WHO recently announced their budget for 2022: it’s $5.4 billion, donated from 194 countries and regions. They strategically use that money towards things like important research, health crises, like the current pandemic COVID-19, and other medical operations. The amazing, well trained, medical personnel, advanced equipment, and even the money that the WHO has access to, would make an immense difference in the lives of the hundreds of thousands of innocent women and babies in these countries.

Women would no longer have to live in fear. Helpless babies could happily grow up with both living parents. Husbands wouldn’t unfairly become widowers because of the inadequate healthcare their wives received.
Most Americans don’t know someone who’s, or who’s family, has fallen victim to a preventable maternal death, but surely everyone can agree that no child deserves to grow up without someone there to take them to school, teach them important lessons, or make them feel better when they’re sick.
Sadly, this is happening to children in every third-world country around the globe, at a larger number than developed countries. But it doesn’t have to be this way. The WHO needs to address this crisis if it can ever come to an end.