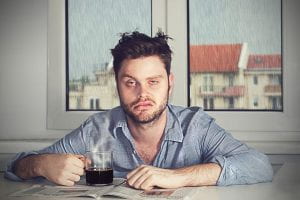 I don’t like to do homework the second I get out of school. I like to sit down for a bit, talk to friends, and play some games. But we have homework, and sometimes, it takes a couple hours to finish. Because of this, we are up late at night and have to wake up way too early in the morning.

Some students are lucky, their buses don’t come until almost 8 o’clock, but a lot are unlucky having their buses come at 7:00 in the morning. We have to wake up at 6:00 after being up until 11:00-11:30 more or less. And in high school, they are up even later at night and waking up way earlier, it’s not healthy.

Schools start way too early for the amount of sleep that teenagers need. According to Craig Canapari, MD, “The average teenager needs 8.5 – 9 hours of sleep per day.” but “High schoolers reported doing an average of 2.7 hours of homework per weeknight”, according to a study by the Washington Post of over 50,000 individuals.  Students are only getting 5-6 hours of sleep per night, this can cause multiple unhealthy results.

For example, “a recent study showed that teenagers who did not get enough sleep were more likely to develop insulin resistance, which is the precursor to type 2 diabetes,” and, “sleepiness is a significant cause of automobile accidents which is the most common cause of death in teenagers.” Lack of sleep can cause depression, anxiety, and irritability.  This is all according to the CDC (Centers For Disease Control And Prevention).

Students getting more sleep would affect their grades too. Students who sleep longer on average have higher grade point averages than students who got less sleep. According to an article by the National Library Of Medicine, “students who get less than 9 hours of sleep are more likely to get worse grades in their classes.”