Ally Condie attended Brigham Young University and has a degree in teaching english. Ally taught at a high school in upstate New York and also in Utah. Matched was awarded #1 New York Times bestseller series. She has written many books including Crossed, Reached, Atlantia, Summerlost, Being Sixteen and many more. I chose this book because I needed to read more science fiction for the 8k reading challenge and also because I enjoy reading science fiction. I recommend Matched to anyone who likes science fiction.

Matched is about a girl named Cassia that lives in a Society that decides almost you whole life. Where you work, who you are matched with, when you die, to the portions of food you eat every day. Then Cassia gets matched to her best friend Xander to live with forever. On a microcard she was given the day she was matched, she sees Xander’s face but then he disappears and she sees another boy’s face that shows up on her screen. Later she finds out that she is in love with a boy (Ky) who was not assigned to be with her. Cassia was accidently matched with two boys but Ky was a mistake. They were able to spend time with each other but then later Ky was taken away and Cassia had to move. Now she was determined to find her true love.

I was surprised when Cassia stopped loving Xander after she started hanging out with Ky. Xander and Cassia were friends ever since they were little and she got over Xander very quickly even though they were matched together. I was also surprised when Xander just let Cassia go. I was not expecting that Xander would forgive her even though Ky is not truly her match. I liked the way the author created the character Cassia. I really liked how she was alway a kind person and was always truthful throughout the book. When she knew that she loved Ky she needed to tell Xander the truth that she is in love with someone else. I wish that in the end Cassia did not look for Ky and stay with Xander. Ky was not allowed to be with anyone and Cassia was matched with Xander so I wish the book ended that way.

This is when Cassia’s Official comes to tell her about seeing Ky’s picture on the microcard. She is telling Cassia information about Ky that no one knew only the Officials and Ky. “Aberrations live among us; they’re not dangerous like Anomalies, who have to be separated from Society. Though Aberrations usually acquire their status due to an Infraction, they are protected; their identities aren’t usually common knowledge. Only the Officials in the Societal  Classification Department and other related fields have access to such information” page 46. This is my favorite quote because even though Ky is an Aberration Cassia still loves him the way he is. Now that she has found out about him she still does not have a chance with Ky because she is matched with Xander and also he is an aberration. I rate this book a 7 out of 10 because the beginning and the middle of Matched was really good but I did not like the ending. 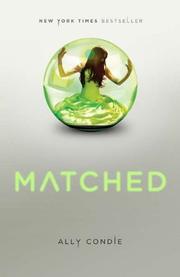