Should the free speech protections include self expression that discriminates? Absolutely not. Many people face unnessicary discrimination every single day of their lives. More than we can attempt to imagine. But, the constant excuse for discrimination always seems to be, “Well, it’s freedom of speech.” It is hate speech. Take this story from a New York Times newsletter, “ On Dec. 5, Supreme Court justices heard oral arguments on “Masterpiece Cakeshop, Ltd. v. Colorado Civil Rights Commission,” a high-profile case involving a Colorado baker who refused to make a wedding cake for a gay couple.

The baker, Jack Phillips, says that he should not be forced to use his talents to convey a message of support for same-sex marriage.” People should not be discriminated against, and refused service simply because of race, sexual orientation, religion, etc.

According to the “American Library Association”, “In the United States, hate speech is protected by the First Amendment …. hate speech can only be criminalized when it directly incites imminent criminal activity or consists of specific threats of violence targeted against a person or group.” Hate speech is currently protected by the first amendment. We shouldn’t be using the first amendment as an excuse for hatred acts towards others. Discrimination should be inexcusable. It shouldn’t be tolerated anywhere and by anyone regardless. 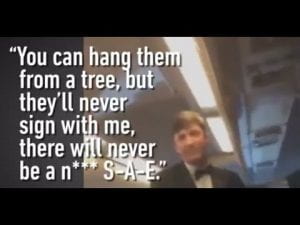 This is why we need to take hate speech out of part of freedom of speech. Allowing hate speech as a part of freedom of speech enables discrimination. It makes others feel inferior. But, doesn’t that go against all of the things the first amendment is about? We have this valuable, and powerful amendment, and we are undoubtedly abusing it. We are abusing it solely because we can’t seem to not spread hate. Hate speech, and discrimination should be punished for. We seem to be heedlessly ignoring the millions of Americans that seem to be going through this every day. Therefore, we should make hate speech and discrimination laws. No Citizen should ever have to go through this.