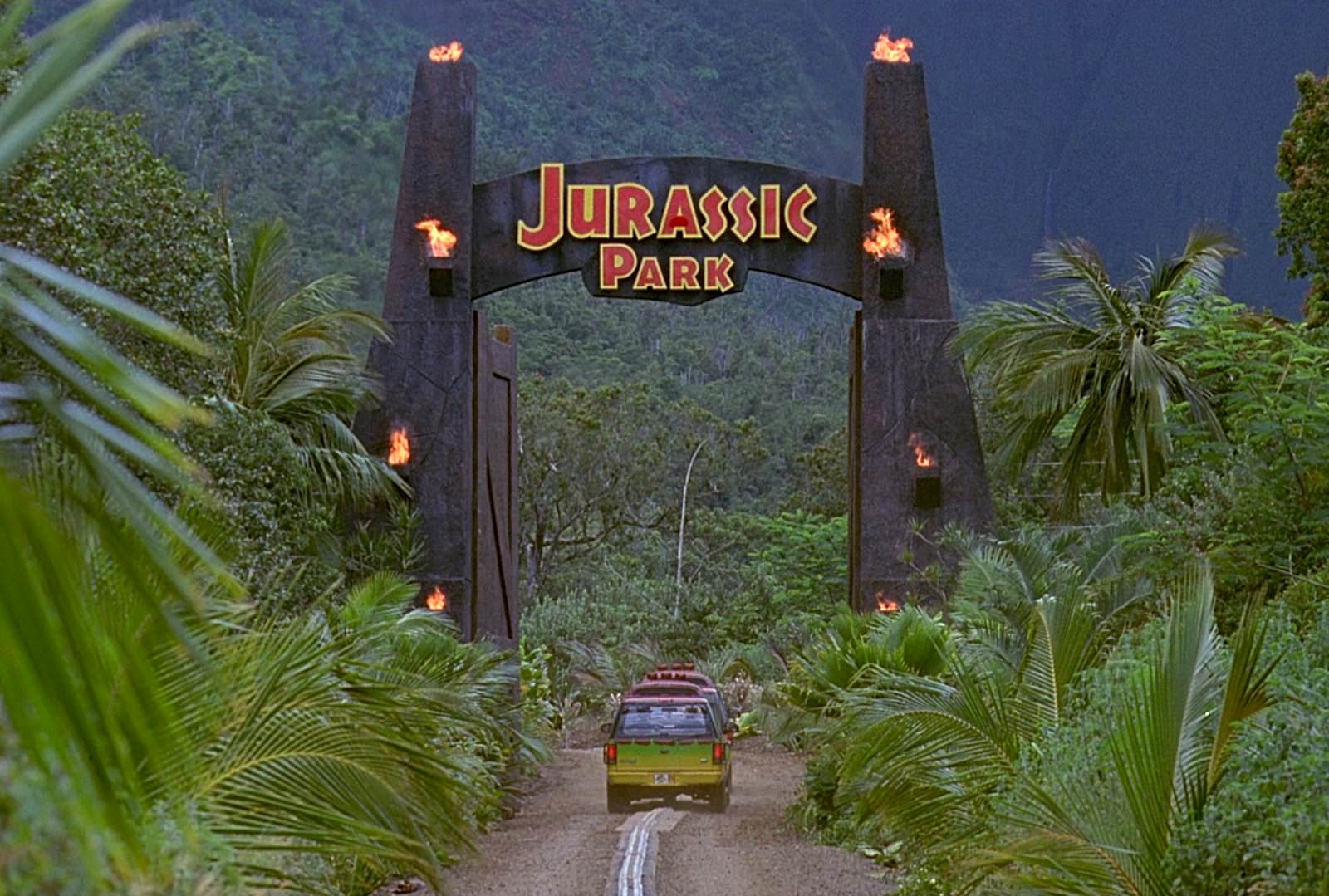 We recently completed the 448-paged science fiction novel, Jurassic Park, written by master storyteller Michael Crichton.  In 1994, for the first time, the U.S.’s favorite television series (ER), movie (Jurassic Park), and book (Disclosure) were all created by the same artist, Michael Crichton. Crichton has written many other books besides Jurassic Park, including Prey, Rising Sun, and Micro. He also created the television series ER. Unfortunately, Crichton died in 2008.

Originally published on November 20th, 1990, the book became a popular read very quickly, and today there are over nine million printed copies. The New York Times Book Review described Jurassic Park as, “Full of suspense”. It has also been called “Frighteningly real…compelling” by The Detroit News. One comment from Kirkus reviews described it as, “A tornado-paced tale … Fast, furious, and suspenseful … a vastly entertaining science thriller … a sure-fire bestseller.” The plot is so unique that Universal Studios purchased the movie rights before the novel had even been published. On June 11, 1993, the movie Jurassic Park was released, and was directed by Steven Spielberg. Its immediate success demanded a sequel: Lost World in 1995. This book was met with equal popularity and was also adapted into a movie. Eventually, a total of four movies were produced, and another movie is in its early stage of production. After enjoying the movies and hearing good reviews of the book, we thought we should finally read this thriller.

John Hammond, the greedy founder of InGen, the world’s most advanced company in the field of genetic engineering, is consumed by his desire for wealth, and hopes to gain millions through his newest project: Jurassic Park. Isolated from civilization, the park is hidden 18 hours off the coast of Costa Rica, on the tropical Isla Nublar. After hiring the promising biologist Henry Wu, Hammond obtains and reconstructs several prehistoric genomes. He proceeds to grow the first dinosaurs to walk on Earth in 65 million years, and he’s well aware that he can charge tourists anything for the chance to see them. When Hammond invites his grandchildren, Tim and Lex, and world-renowned intellectuals to visit the park, it is unclear whether he is showing off or looking for approval. Just as his cherished grandchildren set off on a tour, disaster strikes. The consequences of Hammond’s cheap, illogical choices while building the park finally catch up with him when a storm hits the island, computer systems fail, dinosaurs escape, and a mole sabotages the park. Hammond’s lack of planning, common sense, trustworthy employees and security measures leaves everyone trapped on the island wondering whether they’ll escape alive.

Michael Crichton teaches the readers the life lesson  All actions have consequences through the actions of Nedry, a greedy technician, and John Hammond, the selfish owner of Jurassic Park. Midway through the Third Iteration, Nedry decides it is time to fulfill his duty as a mole at InGen. The plot twists as the park’s power abruptly cuts out, and the author immediately reveals Nedry’s reckless decision, “Each embryo was in a thin, glass container, wrapped in silver foil, stoppered with polyene. Nedry quickly took two of each, slipping them into the shaving cream can,” (Page 176). 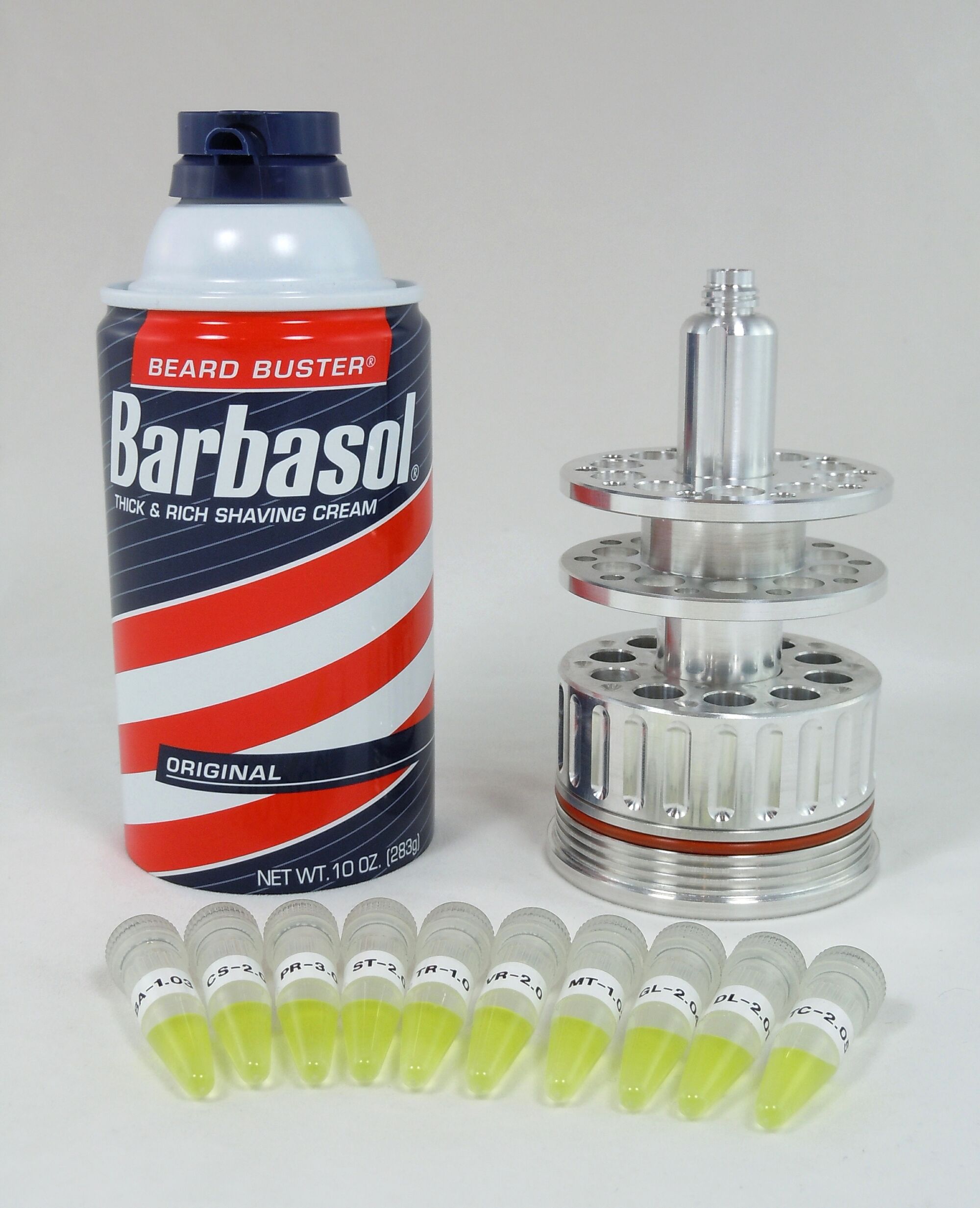 Nedry’s decision to follow through with Biosyn’s scheme (Biosyn one of InGen’s competitors) to sell dinosaur embryos was extremely inconsiderate. When he switched off the park’s power, he turned off the security systems, the computers, and the electric fences that line each dinosaur enclosure. While Nedry was opening the (once) electronically locked doors leading to the hatchery, he was putting everyone outside of a building into a life-threatening situation. Later in the book, he finally feels the consequences of his actions when he is confronted by an escaped dilophosaurus. Michael Crichton also incorporated the message all actions have consequences when Hammond decides he doesn’t want to buy weapons for the park. Muldoon, Jurassic Park’s game warden, explained to Hammond, “You didn’t want anyone to be able to injure your precious dinosaurs. Well, now you’ve got a rex in with the sauropods, and there’s not a damned thing you can do about it,” (Page 249). As a result of Hammond’s poor security choices, not only are the people on the island in danger, but it will be even harder for them to get out of danger without weapons to fight off the dinosaurs. The decisions made by Nedry and Hammond throughout the book force the whole island into a permanent frenzy, and constantly remind the reader that all actions have consequences.

We were intrigued by the unique structure of this novel. Within a single chapter, we noticed that the author abruptly shifts focus from one group of characters to another. Perhaps this was to add more suspense, or perhaps the author did this to remain consistent with the novel’s chaotic tone. In one instance, in the Fifth Iteration, in the chapter titled Search, pages 303 to 309, the chapter began with two characters, Muldoon and Gennaro. Muldoon and Gennaro set out into the park intending to find a few missing guests, and hopefully tranquilize the escaped tyrannosaurus-rex. However, when Muldoon and Gennaro come across the mutilated body of one of the park workers, the chapter suddenly returns to Lex, Tim, and Grant, who are drifting in a raft down a river, heading towards the main buildings. Another example of when Crichton suddenly shifts focus can be found in the Fifth Iteration, in the chapter titled Control, pages 334 to 351, which initiates with Arnold, Wu, Muldoon, and Gennaro in the Control Room attempting to turn the power back on and reboot the computer system. Suddenly, when a chart displaying peculiar data appears on the computer screen, the characters become confused, and the chapter unexpectedly refocuses back to Tim and Lex, who have just survived another close encounter with a tyrannosaurus-rex. The choppy, suspenseful structure of the novel creates the feeling that there is constant chaos and action throughout the book.

After thoroughly discussing this novel, we came to the conclusion that the book should have been more realistic. Although the genre of this book is Science Fiction, and, more specifically, Dystopian, all of the characters are real people, but their actions don’t seem as believable as they should be.  For example, in the novel, Tim, Lex and Grant, are lost in the park with the dinosaurs loose, but none of them die, always narrowly escaping death. Being only four years old, it doesn’t seem very likely that Lex could have survived any of these situations. She hasn’t even graduated kindergarten, yet she manages to survive multiple tyrannosaurus-rex attacks while wandering around the park without food or water. Another character written unrealistically is Tim. Towards the end of the book, the velociraptors are loose and one has cornered Tim and Lex in one of the kitchens in the lodge. In the book on page 372, Crichton writes,

“The dinosaur went in.

The head disappeared, then the body, then the stiff tail.

Tim sprinted, flinging his weight against the stainless-steel door of the locker, slamming it shut … He heard the raptor pounding against the door, felt it thumping the steel.”(372)

In the heat of the moment, Tim, only 11 years old, is able to outsmart a velociraptor, one of the most intelligent, deadly dinosaurs to ever walk the earth. Although the novel is science fiction, the only things that are fictitious in the story are the dinosaurs; the people are meant to act like normal people. Despite the reader’s realistic expectations, Tim and Lex are able to get away after locking the velociraptor in the freezer. We suspect that Crichton let the kids live solely to keep the story going, and to make sure younger readers had characters to form bonds with.

Finally, we were interested in the passage where Nedry is confronted by a dilophosaurus while trying to escape with the stolen embryos. Crichton wrote:

The dinosaur had spit in his eyes.

Even as he realized it, the pain overwhelmed him, and he dropped to his knees, disoriented, wheezing. He collapsed onto his side, his cheek pressed to the wet ground, his breath coming in thin whistles through the constant, ever-screaming pain that caused flashing spots of light to appear behind his tightly shut eyelids.”

The earth shook beneath him and Nedry knew the dinosaur was moving, he could hear its soft hooting cry, and despite the pain he forced his eyes open and still he saw nothing but flashing spots against black. Slowly the realization came to him.

This passage offers just one example of the way Michael Crichton uses very descriptive writing just before a plot twist. Frustratingly for the readers, this stretches out each moment, and makes the book very suspenseful. We all agreed that we were eager to turn each page, but the plot was a little repetitive. It seemed like every other chapter someone went missing or the radios stopped working. For these reasons, we rate this book a 7.5/10. We recommend this book to people who enjoy reading fantasy books because some of the dinosaurs, especially the velociraptors, are very smart, and could be similar to evil monsters characters in fantasy books battle against. In addition, many fantasy books have a “you are the chosen one” trope. Although Jurassic Park does not fit exactly in this category, the reader can easily relate to one of the main characters, Tim, 11, whose survival and technical skills prove to be vital throughout the course of the book. Here is a link to Jurassic World’s website, which has the cast of the movie Jurassic World (The newest movie in the Jurassic Park series) and a lot of information on the dinosaurs mentioned in the book.