Dear Readers of the blog, 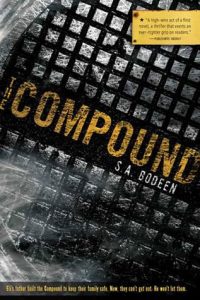 I chose this book because Mrs. Carlson told me it was a good book. She suggested I use the e reader if it was too difficult. This book is about a kid named Eli who wants freedom from his father’s underground compound for six years, but his father is the only one who knows the combination to escape, so he tries to find a way out.

The climax of the plot of this book is very suspenseful and surprising.  Things start to be revealed.  The father’s lies about a nuclear attack begin to become clear to Eli. The book gets very hard to put down. You are hanging by the edge of your seat.  I didn’t understand why Eli’s mother and father didn’t get along.   I wondered if maybe the mother was figuring out that the father was crazy.  Maybe she was losing her trust in him.

I thought the following passage was a great example of the excitement and suspense in the plot ¨My legs shook too hard to hold me. I collapsed against the wall, my hair covering my face.¨

My breath came too fast.

Sweat broke out on my forehead.

One of the supplements had touched me.”  page 108. This passage is a great example of the authors craft. It shows how she used  long and short sentences to make a strong point.

I rate this book a 10 because it was so interesting about how they were in the compound and also how they had to eat mouldy bread . also there was a lot what happens throughout the book