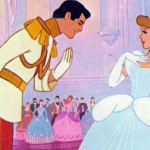 I was born in 1974 and my father played hockey when I was a kid. I would sometimes tag along with him to his Sunday morning games at the Playland Ice Rink, in Rye, N.Y. That means I was six years old when, in 1980, the U.S. National Hockey Team beat the Russians in the Olympics; the “Miracle on Ice,” they called it. And because my dad played hockey I knew about it, vaguely. I didn’t watch the game but remember the feeling in my house that something incredible had just happened, something extraordinary (similar to that feeling, a year later, [and this I do remember seeing on television] when President Reagan was shot). That American Olympic hockey team beating the Russians was miraculous because the Americans were amateurs and the Russians were professionals. They were bigger, better, and more experienced. But, as these things go, David slew Goliath, and the country was awash in national pride.

In England, as in every other country in the world, the main sport is soccer, which they (and the rest of the world) refer to as football (which makes sense, because it is a game in which the feet are used to manipulate a ball). In England, there are dozens of professional club soccer teams. The twenty best teams play in the English Premier League. The season runs from mid-August to nearly June. At the end of every season, after 38 matches are played, the team with the most points wins the title as champions of the Premier League (teams receive three points for a win and a point for a draw, or tie). There are no playoffs. Also, at the end of each season, the three teams with the fewest points get “relegated,” or dropped, to the lower division, called (confusingly), the Championship. This is devastating to clubs. Being no longer a team in the Premier League means a huge decrease in revenue, from television rights, attendance and sponsorship. And, of course, as it is in America (like the Yankees and Red Sox), the teams with the most money, such as Manchester United and Chelsea, usually win the big prize.

This year a team called Leicester City won the Premier League, and the season is still not over. With two matches left to play, Leicester City has amassed 77 points. The second-place team, Tottenham Hotspur (the team I support), has 70 points, so even if Spurs, as they are called, won their final two games, they could not catch Leicester City. So, on Monday, after Spurs drew to Chelsea, 2-2, it became mathematically impossible to catch Leicester, so players from that team, huddled at a player’s house and watching the Spurs match, began celebrating as if they’d won the championship, because they did.

Now, here’s the incredible part: Leicester, at this time last year, was fighting to stay in the Premier League; they were nearly relegated. But, they survived, got a new manager, and started this season off well, but with their total salaries equaling just under $50 million (compared to Chelsea’s $215 million) and no real superstars, everyone was just waiting for them to falter and slide down the table, or standings. But that never happened. The Leicester team, made up of experienced “journeymen” players – those who have played for various clubs in various European leagues – gelled and played hard and fought together. They played as a team and it became hard, because suddenly their games were on TV a lot, to not root for them.

An English soccer commentator said on Monday that Leicester’s title-win “changes everything for the Premier League.” I agree. That’s not just hyperbole. It changes everything not only for that league, but for any league, and any situation. Leicester were 5,000-1 odds to win the championship at the beginning of the season. The 1980 U.S. Men’s Hockey team were 1,000-1 odds to beat the Russians, and that was previously considered the greatest upset in sports history. If you’d placed $10, in August, on Leicester winning the Premier League you would’ve won $50,000.

Leicester City beat the Big Boys, the ones with more money and more talented players, because they fought for it, nearly every second of every game. If they could do it, anyone can.