209, 375 girls under the age of 21 went missing and 59, 369 over the age of 21 disappeared. Every day more and more girls go missing. Not to mention what happens to the females after they are taken. Most are raped, some are killed, and some are held hostage for years and are never found or able to escape. These are the cases that are reported or found. Many cases go unnoticed, and some are within their own homes and are never reported because they are afraid of what will happen next.

According to Central MN Sexual Assault Center, 60% of rapists/sexual assaults are not reported to the police therefore never serve a day in prison. Factoring unreported rapesonly 6% of rapists ever spend a day in jail. 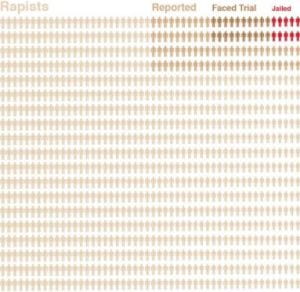 There are many ways to learn to protect yourself from others. There are Martial arts, boxing, wrestling, jiu-jitsu, judo, muay Thai, and many more. If girls were to have some sort of self-defense mechanism on them at all times when they are alone, cases like these will drastically go down. You might think that’s over the top to “waste money” on things like a defense tool or martial arts until you are in fear of your life. All of that might be a lot to take in, but I need to get my point across that things in the United States maybe even the whole world needs to change now.

2 thoughts on “We Need a Change Now.”