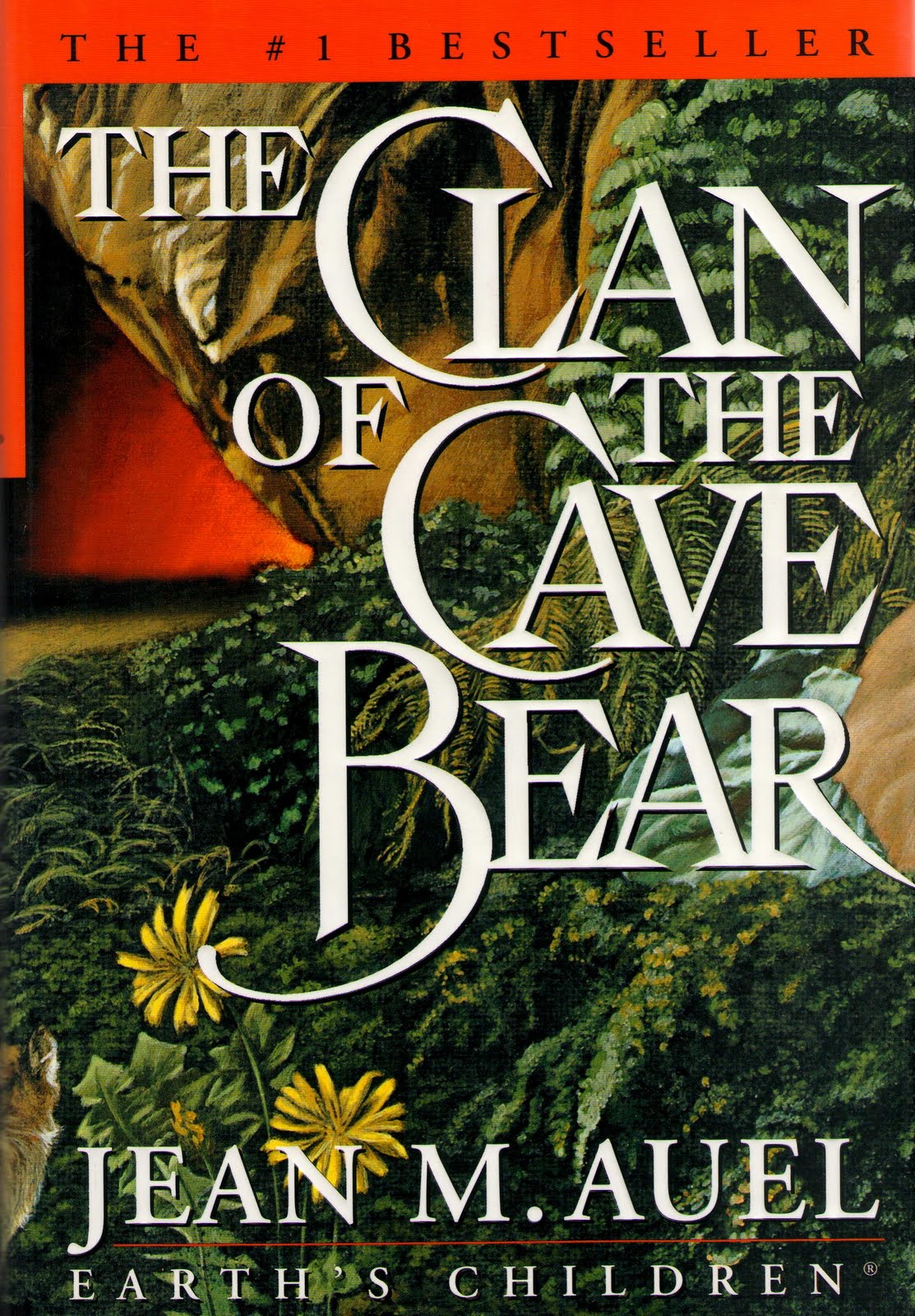 Yesterday, I finished reading The Clan of The Cave Bear, a 468-page of realistic fiction by ‎Jean M. Auel. Auel was born in 1936 in Chicago and has written the famous “Earth’s Children” series. The Clan of The Cave Bear is one of my favorite books. It has been translated into 15 languages and was nominated for many literary awards, including an American Booksellers Association nomination for best first novel.

The series has sold more than 25 million copies. So, I think a lot of other people liked it too.

My mom recommended this book to me and I thought it was amazing! I read the whole thing in less than 4 hours!!!

In fact, this was a book that had been recently recommended to me by the parent of a friend. It sounded great.  When my mom suggested it, I didn’t realize that she had recommended the same book. Then, I started reading it and I realized that I’d heard of this exciting story before.

The Clan of The Cave Bear begins with Ayla, an eight-year-old girl,  who has just survived a large earthquake. Afterward, she attempts to find her mother but cannot. So, she starts to wander across the prehistoric landscape in search of help.  But, because she also cannot hunt, she grows weak and soon begins to starve. Ayla is low on food and water, and becomes delusional and tired.

She manages to keep walking until she wanders by a mountain lion cave. Not realizing what resides in the seemingly-empty cave she goes near it and attempts to sleep. When the lions discover her and see that she is too close to their babies, they attack. Ayla manages to escape to a hole, but her leg is badly wounded.

She lies in the hole for some time. A passing clan finds her and the medicine woman, Iza takes her in despite the disapproving signals she gets from the clan.

I was surprised when the clan actually accepts Ayla. Their negativity towards the young girl is overly prominent in the first chapters. Ayla doesn’t look like them. She looks more like people today, and that scared the clan. She was not of their tribe. And they didn’t appear able to accept her. This goes on for long and is so mean-spirited, that when they finally accept her, I was delighted and surprised.

I liked the way the author included many “Tough Question” moments.

Near the beginning of the book, for example, Iza decides that she will help Ayla.

To do this, she must carefully disagree with the leader, Brun, a no-no in the clan.

Before she asks Brun to keep the girl, her character turns inward and asks herself whether it’s worth helping the child because it could put her life and status in danger. She ultimately decides to plead for Ayla to join the clan in spite of the risks.

Here is the moment when Iza makes her case to Brun, the leader of the clan.

“‘It’s a child Brun, hurt but not dead.’  Brun looked at the thin young girl with the high forehead, small nose, and strangely flat face.

‘Not Clan,’ the leader gestured abruptly and turned to walk away.

I think she was very brave to do this. And, when her persistence pays off, I became happy and relieved!

In some ways, this book reminded me of a dream I might have. It was exactly what I would want in a book, mainly because of its intriguing plot and complicated storyline.

I was intrigued even more so by the following passage, in which Ayla treats a deformed man as an equal instead of being scared of him like the rest of the clan.

“The crippled man eased himself down and observed the child. She returned his look with a frank curiosity that surprised him. The children of his clan were always a little afraid of him. They learned quickly even their Elders held him in awe, and his aloof manner didn’t encourage familiarity. (pages 94-95)”

At this time in the book, I wondered why Ayla was not scared of him. I guess, she judged on kindness and not only looks like the rest of the clan.

What I love about this passage is it highlights the love Ayla gives and her superior critical thinking skills.

Since she is young, she is open to loving the world. This is especially good for her after she is taken up by the Clan because the Clan would never have accepted her if she did not accept them first.

Ayla doesn’t  understand the Clan’s customs and traditions at first and she often offends people in the Clan. But,  she makes up for these mistakes with how much time and love she’s willing to give to correct them.

I am so happy that I read this book!  If I hadn’t, I probably would not be so excited to read the second book in the series. The Clan of the Cave Bear is a 10 out of 10. I cannot wait to do my letter essay on the next book!